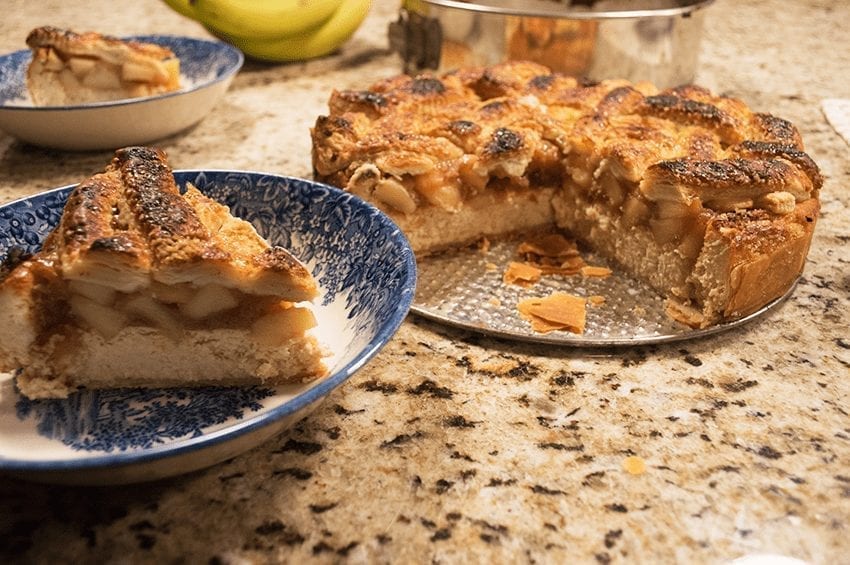 Do you love apple pie? Do you love cheesecake?
Planning holiday dessert menus and want a little of both? Looking for an alternative to pumpkin pie?
Problem solved!
Combine your two favorites into one Apple Pie Cheesecake!

I found this brilliant recipe for Apple Pie Cheesecake at Tasty in Kathryn Aubin’s feature 4 Pies to Bake With Your BFF. Just like any cheesecake, this takes some time to bake, but that’s it. The remainder of the process is easy, easy, easy. Seriously – a no-brainer easy. Apple Pie Cheesecake can be made the day before serving and kept cold in the refrigerator. In fact, it should be made the day before to allow the cheesecake to cool and set.

I strayed from Kathryn’s recipe only by omitting the nutmeg in the apple topping and using puff pastry for the top lattice rather than pie crust. I mean, who doesn’t love the puffy, buttery, lightness of puff pastry? I did sprinkle demerara sugar on top of the puff pastry after the egg wash. Demerara has big crystals and gives the crust a nice little crunch. I get lots of compliments every time I use demerara on pies, cookies or bars,  If you play your cards right and your family insists on tradition, make the cheesecake with puff pastry topping and use the other pie crust for a pumpkin pie or any other single crust pie.

Oh, did I mention the crust is made from one refrigerated pie crust you will find in any grocery store’s refrigerator section? One of my college roommates bakes professionally. She makes lots of pies and uses refrigerated store-bought pie crust because it’s made with lard, not shortening or butter. Anyone who’s baked pies for a while understands the value of lard in pie crust dough. Lard makes the pastry tender, lighter and flakier. My mother and grandmother could whip up a lard pie crust in the blink of an eye. I’ve done that, too, not as fast as my predecessors I might add, but I prefer using 1/2 lard and 1/2 vegetable shortening. I find the dough to be more manageable that way. 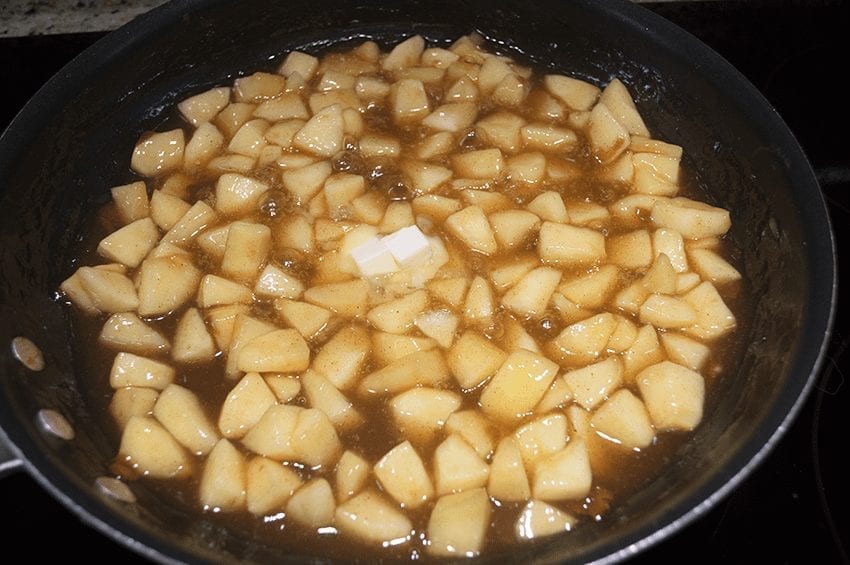 Forgive me, I did not take pictures of the springform pan or of mixing the cream cheese, sugar, eggs, etc. But here’s a pic of the apples simmering in water, sugar, cinnamon, and butter. Can it get any better than that? Wait – read the recipe.

Shall we bake an Apple Pie Cheesecake? YES! 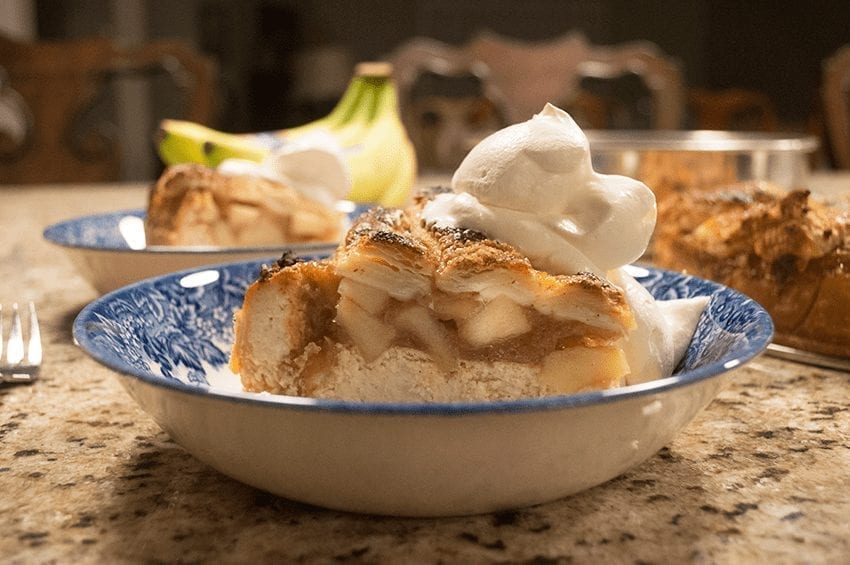 This is a great holiday cheesecake! Bake the day before serving and chill well in your refrigerator. Top with whipped cream or a scoop of vanilla ice cream or how about cinnamon ice cream.